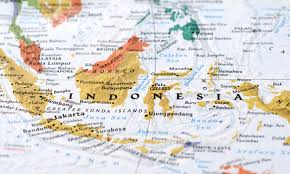 Is Indonesian oil and gas worth a punt as government spearheads turnaround of an ailing sector?

After years of decline, Indonesia’s large oil and gas sector is beginning to show signs of recovery – could it be worth getting exposure now ahead of an anticipated surge in domestic demand over coming years?

Oil and gas production has a long and successful history in Indonesia, traditionally characterised by a stable and well-understood regulatory framework. In years gone by, the nation’s introduction of a production sharing contract model and its commercialisation of liquified natural gas have been considered groundbreaking.

However, the sector has been in a transitional phase for some years now thanks to the unprecedented growth in domestic gas demand across Indonesia for both consumer and industrial use. To accommodate this, the country’s government has been forced to shift its focus away from oil production to set its sights on gas. Indeed, it has been a net oil importer since late 2004.

To further complicate matters, Indonesia has struggled to attract foreign oil and gas investment thanks to excessive regulatory hurdles and bureaucracy. Meanwhile, like most of the world, the country has been hammered by weak commodity prices in recent years, although this situation has now begun to turn around.

Thanks to a lack of investment in exploration, Indonesia has seen very few new oil and gas discoveries in recent years, and most oil production now comes from mature fields. Indeed, according to PwC, oil and gas investment in Indonesia hit its lowest point in a decade last year, at $10.3bn. Likewise, oil and gas contributed just 5pc to state revenue in 2017, down from 14pc in 2014. Not only has this decline led to a depletion of Indonesia’s oil and gas reserves, but it has also raised the question of how future demand growth will be accommodated.

Thankfully, it now looks like this dynamic could be set to change. Since rejoining OPEC in 2015, Indonesia has been working hard to reverse the stasis in its oil and gas market, taking numerous steps to reduce bureaucracy and simplify current regulation.

Perhaps the most significant move came in early 2017, when Indonesia introduced gross production split contracts. These were designed to encourage local operators to streamline and operate more efficiently and also changed the rules around recovering operating costs. Last year also saw the country offer 15 conventional and unconventional oil and gas blocks to potential bidders, using highly flexible terms in an effort to reverse flagging interest. It also launched several new, government-funded upstream oil and gas projects to boost production. So far, these appear to have been successful.

These reform efforts have continued into 2018, as well. In March, Indonesia revoked 18 regulations and 23 requirements for certifications, recommendations, and permits. This is expected to reduce duplication in certification, shorten bureaucracy, and simplify business. What’s more, while all of this has been taking place, the country has been buoyed by a gradual recovery in commodity prices that has continued into this year.

Initial evidence of the success of these measures can already been seen. In March, SKK Migas, Indonesia’s oil and gas taskforce, said exploration investment contributed 10.8pc to total oil and gas investment over the first two months of 2018. In the preceding six years, this percentage ranged between 2-8pc. Furthermore, the government expects investment in oil and gas projects to reach $17.04 billion this year, up significantly from previous years.

The revitalisation of Indonesia’s oil and gas sector is clearly still in its early stages. However, getting exposure at current levels could be a decent investment opportunity if things end up panning out how Indonesia’s government wants them to – it has been focused on meeting domestic oil and gas demand since 2014.

Indeed, one only has to look at Indonesia’s fundamentals to see the potential on offer. Despite all its problems, the country still holds proven oil reserves of 3.7 billion barrels and is one of the world’s top 20 producers of the black stuff. It is also the world’s tenth biggest global gas producer, with proven reserves of 102trn cubic feet.

With a population of over 250 million, vast areas of Indonesia are facing critical supply shortages, and, according to analyst firm McKinsey, this is set to continue. By 2020, the firm expects the country’s domestic gas demand to grow ten-fold, creating an international gas market worth up to $10bn. By 2030, it expects Indonesia to become the world’s seventh largest economy with 135m consumers, creating an upstream energy market generating a turnover of $270bn. Within this, 47pc of primary energy demand is expected to be met by oil and gas.

PwC sums up the potential on offer here nicely in its latest guide to oil and gas in Indonesia. It claims that if Indonesia can improve its regulatory issues and guarantee domestic energy security, then it can maintain relevance as an international oil and gas player. To sum up, if Indonesia can meet growing oil and gas demand through domestic production – be it through foreign or local operators – then the upside potential on offer could be massive if the country continues on its rapid growth path.

The author was remunerated to write this article