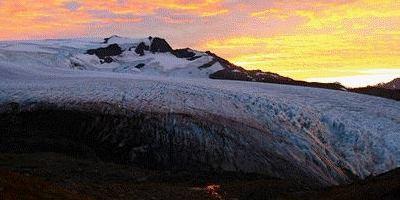 Red Emperor Resources charges ahead on Alaska deal with 88 Energy – can momentum continue?

Red Emperor Resources (LSE:RMP) shot up by more than 100pc this week after announcing a potentially game-changing acquisition– is it finally time to shine a light on the resources player? After sitting at around 1p since August 2015, Red Emperor hit 1.83p on Monday when it revealed that it had acquired the majority of four leases on Alaska’s North Slope alongside 88 Energy and Otto Energy.

Known collectively as the ‘Western Blocks’, the leases are located less than a mile from the Horseshoe-1 Well discovered by Repsol in 2017. Horseshoe is part of Nanushuk, one of the most significant conventional oil fields found in the US in more than 30 years.  Red Emperor’s working interest in the Western Blocks will be 31.5pc, while 88 Energy will own a 36pc stake as drilling manager, and Otto Energy will hold on to a 22.5pc stake.

Following the acquisition, the partners will work to develop a prospect with a gross best estimate prospective resource volume of 400MMbbl – 126MMbbls net to Red Emperor – and a 25-30pc chance of success. A testing well at the prospect managed by 88 Energy will be drilled by no later than 31 May 2019 at an estimated cost of $15m, with the firm already commencing a rig market survey. Furthermore, Red Emperor has said it will be able to fund its $5.25m share of the costs – and any additional work commitments – from its current cash balance.

On Tuesday, the day after the acquisition, Red Emperor’s shares dropped 20pc as sellers exited their positions, falling a further 3.7pc on Wednesday. However, at 1.47p as at the time of writing, the business remains significantly above its value before the announcement.

What is particularly exciting about the acquisition of the Alaskan leases is the involvement of 88 Energy (LSE:88E). Unlike Red Emperor, which currently has a market cap of just £8m, 88’s value sits at a hefty £101.4m. What’s more, the company has a great deal of operating experience at Alaska’s Northern Slope. With a 63pc working interest in c.342,000 acres, it is arguably the market’s leading authority on the area.

Furthermore, 88 has plenty of cash to spend after raising A$17m (£9.5m) in a placing this April. Indeed, it specifically said some of the proceeds will be used to ‘identify and exploit new opportunities’ on the North Slope.

This week’s deal was Red Emperor’s first under new CEO Gracian Lambert, who joined this month after a decade at ExxonMobil in a variety of senior roles focused on both field operations and negotiations. After years on investor indifference, it is likely that the firm is looking to piggyback off the goodwill aimed at 88 as a way of attracting new investor interest under its new management.

Indeed, before this week’s acquisition, Red Emperor’s year had got off to a slow start. In February, it said it was considering selling its blocks in the Philippines thanks to lengthy regulatory delays and reported a delay in the sale of its interests in Georgia to Range Resources. Then, in May, it announced that a JV is formed to identify lease opportunities in California had fallen through thanks to commercial disagreements.

If Red Emperor’s shares continue to increase thanks to newfound interest as a result of its stake in the Western Blocks, then it could be worth taking advantage of its current price before more news flow arrives. The business could now be one to keep an eye out for thanks to the sharpness demonstrated by its new management at this early stage.