The Brazilian Shake Up! 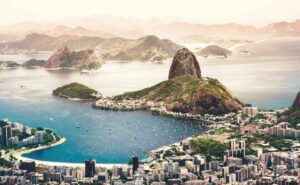 How can investors benefit from the recent shake-up of Brazil’s mining code?

Last week saw Brazilian president Michel Temer modernise the country’s 50-year-old mining code to encourage investment and promote sustainability – but what will this mean for AIM firms operating in the country?

A decree issued by Temer last Tuesday include measures that allow for the use of mining claims, licences, rights, and leases as guarantees for financing. The change enables miners to explore for minerals while a production licence approval is pending, removing a previous obligation for the postponement of activity pending the analysis of a licence in its final form.

The decree also includes stricter environment rules that make mining companies responsible for rehabilitating areas that have been impacted by their mining activity and also disciplines the use of their tailings and wastes. These environmental rules follow several mine accidents across Brazil in recent years involving companies such as Anglo America, Norsk Hydro, and – perhaps most notably – Samarco. Nearly 20 people were killed in 2015 when Samarco’s Fundao tailings dam failed, setting loose milling of litres of mining waste. The event remains Brazil’s worst-ever environmental disaster.

A second decree issued last week implements rules passed by Congress last year that regulate the collection and redistribution of royalties on numerous minerals. According to Reuters, this rules that Brazilian municipalities affected by mining that takes place elsewhere will receive a portion of fees, benefitting major cities that transport minerals from the country’s interior.

The changes to the mining code included in the decree are similar to those proposed last year that failed to pass the legislature. In a signing ceremony at the presidential palace, Temer said: ‘What we are announcing today reflects the best practices internationally in mining. We want mining that is increasingly competitive, innovative and sustainable.’

In a translated tweet, he subsequently added: ‘The mining code has been modernised and reflects the best international practices, as well as improving legal certainty which helps to attract more investments and jobs for our country.’

Brazil’s mining institute Ibram added that it would monitor the enforcement of these measures over coming years to evaluate their impact on the mining industry’s performance.

If investment into Brazil’s resources sector does increase as a result of the decrees, then it is likely to benefit miners already operating in the country majorly. As interest increases, these firms are likely to enjoy benefits such as increased working capital and further opportunities for offtake agreements, joint ventures, and – perhaps – acquisitions from major global players. Likewise, aside from benefitting the environment, modernising Brazil’s approach to handling mining waste and managing site sustainability will sit well with the increasingly green agendas of many resource conglomerates.

One company that might be of interest to those looking to take a punt on these improvements at this early stage in Jangada Mines (LSE:JAN), which is developing the Pedra Branca PGM/Polymetallic Project in Brazil. Pedra Branca is one of the most significant undeveloped PGM projects outside of Africa and has a JORC compliant resource of c.1.45Moz PGM+Gold at a grade of 1.3g/t, 140Mlbs of Nickel and 26Mlbs of Copper.

Jangada is aiming to establish a low-cost, low-capex open pit mine at the project from three existing mining licences with mineralisation commencing at surface. Earlier this month, the firm reported that a preliminary economic assessment for Pedra Branca estimated an NPV of $192m with an internal rate of return of 67pc, a 1.6-year payback, and a potential life of mine of 13 years.

Another exciting play could be Horizonte Minerals (LSE:HZM), which is currently developing the Araguaia nickel project and Vermelho advanced nickel-cobalt project in Brazil. A pre-feasibility study carried out in 2016 estimated that Araguaia will generate over $1bn in free cash flow over its life of mine at £12,000/t nickel.

Meanwhile, a feasibility study carried out on Vermelho – which Horizonte purchased from Vale – showed a nameplate capacity of 46,000t/a nickel and 2,500t/a cobalt. The site has a total measured and indicated mineral resource of 168Mt grading 1.01pc nickel and 0.06pc cobalt – two critical metals in the burgeoning electric vehicles market.

It is too early to see what effect the new mining rules in Brazil will have, but if they meet the expectations of the country’s government then now could be a great time to get exposure. 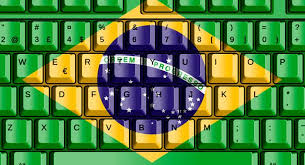 Disclaimer: The author owns shares in Horizonte Minerals and was remunerated to write the article