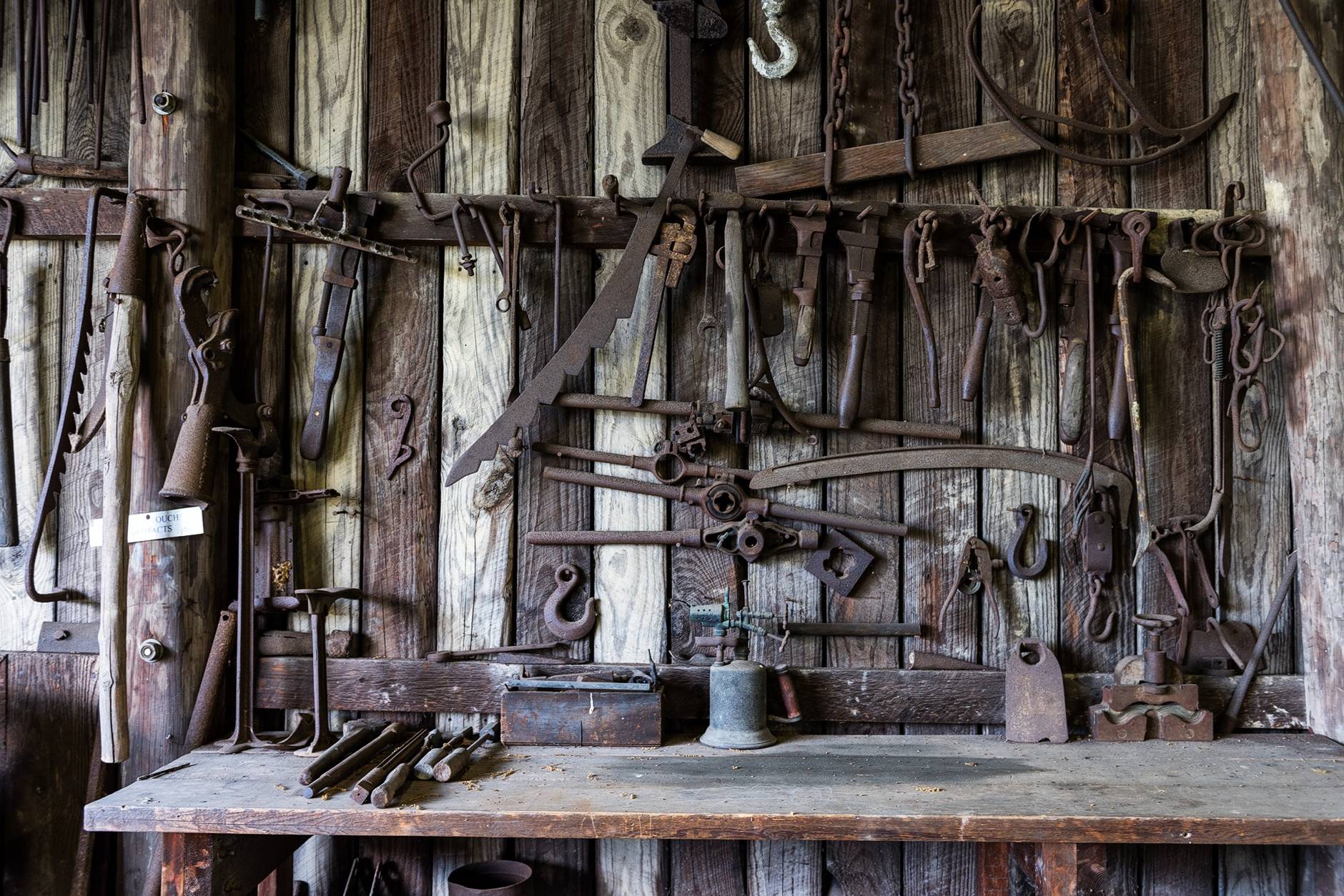 Time for the Junior miners to shine?

With the price of gold hitting highs as investors look for safety in a highly volatile economic climate, and demand for copper – a traditional economic bellwether – rising as the world tentatively emerges from the pandemic, the commodities market is looking increasingly attractive. Here we cover a variety of small-cap gold, silver, platinum vanadium, and copper miners worthy of further investigation…

Mining’s ancient heritage in Cyprus is well evidenced in classical literature: indeed the island’s Greek name – Kúpros – means copper. But those mineral riches have been comparatively little explored in modern times, what activity there was ending with the 1974 Turkish invasion.

Chesterfield Resources (LON:CHF) is bringing the latest exploration techniques to a fresh exploration of the island’s ancient mining landscapes. The primary interest of the British-based company, now the largest holder of minerals rights in Cyprus, is a licence area covering part of the Troodos Mountain range running across the island’s spine.

Last year the company ran a series of remote sensing, mapping, archive, geochemical and geophysics programmes that identified 30 potential volcanogenic massive sulphide (VMS) targets buried 50-200 metres underground within the Troodos West licence. Earlier this year Chesterfield published the results of a desktop evaluation indicating the presence of a VMS belt capable of producing a clean gold-rich copper concentrate. The percussion drilling the company has been able to undertake amidst the pandemic restrictions has indicated the presence of gold, zinc, copper deposits at several holes across the licence. Guided by these findings the company expects to begin diamond drilling this year as soon as Covid-19 restrictions are sufficiently eased.

The company’s share price has risen with the news of each new finding, moving from 1.75p in April to a high of 7.40 earlier this month. The price is currently hovering around 6p. Fully-funded for its current round of exploration, it’s worth keeping an eye on Chesterfield to see if the results of diamond drilling deliver on Troodos West’s initial promise.

Since the Gold Rush of the 19th century, the state of Nevada has been synonymous with the yellow metal. Great Western Mining (AIM:GWMO) is one contemporary prospector hoping riches are still tucked away in the state’s mountainous terrain.

The Irish-based company, which has 100pc interests in six concession areas in the state’s aptly-named Mineral County, has long been focused on copper, establishing over the past five years a Mineral Resource of 4.3 million tonnes of 0.45pc copper.

The company has reported that subsequent lab analysis of the soil sampling has virtually doubled the footprint for gold extraction at both locations. Great Western is examining several other areas with the potential for precious metal recovery, and looking at spoil heaps from historic mining operations with a view to leaching them for gold and silver.

Despite lockdown restrictions the company has maintained a positive news flow this year. In April the US Bureau of Land Management approved applications for surface disturbance works at Mineral Jackpot and Rock House for an initial period of two years. A month later Great Western entered into an option agreement with Ely Gold Royalties Inc to acquire the ‘Olympic Gold Project’, a collection of 48 mineral claims in the state. And in July a progress report on surface sample assays from the Project produced positive results, indicating up to 21.50 ppm Au and 37.30 ppm Ag in surface dumps and stope material.

The company recently raised £450,000 , and with existing funds, this will facilitate further work at the Olympic gold project where a ground magnetic survey is planned.

Great Western will report on further analysis of the Olympic Gold property later this year, and is gearing up to progress work at Mineral Jackpot and Rock House delayed by the pandemic. With a share price of just 0.10p, and multiple prospects in the offing, Great Western’s Nevada adventure is worth following and an exciting last quarter beckons.

Gunsynd (AIM:GUN), with a cluster of investments the natural resources, life sciences and beverage sectors, has increased its mining portfolio over the summer.

The UK-based company has stakes in two companies with nickel prospecting licences in the Solomon Islands: an 18.22pc interest in Sunshine Minerals, which holds the Jejevo licence; and a 7.67pc stake in KNSI, which owns the PL05/19 licence over the Kolosori Prospect.

This June Gunsynd took a 28.4pc interest in Rincon Resources, a Western Australian (WA) focused gold and base metals exploration company. Rincon holds the rights to three prospective gold and base metals projects in WA, with a primary focus on the South Telfer Project, covering 50,000-hectares in the Paterson province.

The Paterson region is fast becoming one of the most popular gold regions in Australia, with Newcrest Mining (ASX: NCM) and Greatland Gold PLC (AIM: GGP) enjoying recent exploration successes. Rincon’s South Telfer interest is 12km south of Newcrest Limited’s Telfer mine. Rincon’s has two other prospective gold and base metals projects at Laverton and Kiwirrkurra.

Gunsynd has undertaken a series of placings over the summer, which together have bolstered its investment fund by another £900,000. It’s worth keeping an eye on Gunsynd as the company continues to build and explore its portfolio.

Jangada Mines (AIM:JAN) is mining for rare minerals set to become ever more important as the energy transition gathers pace.

Vanadium can be used for batteries offering a promising alternative to the better known lithium-ion batteries produced by companies like Tesla. Demand for vanadium is likely to be particularly strong in developing countries without established grid infrastructures, where communities and factories are developing local power supplies by using batteries to back up solar panels.

Palladium is the silvery-white metal used in catalytic converters to limit the emissions of petrol-burning cars. Its price has soared over the past five years in response to demand from carmakers in Europe and China obliged to meet tougher emissions standards. The palladium market remains short of stock after nearly a decade of undersupply due to low prices for platinum and nickel (palladium is produced as a by-product from mining for these metals)

London-based Jangada is focused on realising the potential of its fully-owned exploration licence at Pitomberias, Brazil, some 300km inland from the port city of Fortaleza. Earlier this month the company completed a drilling test programme it hopes will confirm a JORC estimate of between 40 to 60 million tonnes of vanadium, titanium and iron. A series of market updates released over the past couple of months have reported consistent grades of vanadium, iron and titanium in line with expectations.

Jangada also has a substantial interest in the palladium and platinum markets through its 25% stake in ValOre Metals, a company listed on Canada’s TSX Venture Exchange. ValOre, which also has uranium and gold interests in Canada, is embarking on a 6,000 metre core drill programme at Pedra Branca to explore platinum, palladium, nickel, copper and cobalt.

With interests in iron ore and metals critical for the energy transition, a consistently positive news flow, and a share price that has risen steeply from around 1p at the beginning of April to more than 3p today, Jangada seems a good bet for investors seeking access to the rare minerals and metals markets.

Panther Metals (LSE:PALM) has made waves this year through rapid expansion of the company’s gold and metals projects in Canada and Australia.

Since acquiring the Big Bear Gold Project in north-western Ontario, UK-based Panther has increased the project’s mining claims from just under 70 to nearly 200, adding the most recent 19 earlier this month. The company continues to analyse the results of the sampling and mapping programme it has undertaken over the past year, and a recently completed airborne geophysics survey. Panther believes ongoing processing of the data will allow the company to define a diamond drilling programme and associated bedrock trenching, which will in turn lead to the publication of formal Mineral Resource Estimates.

Panther’s is also studying its two Australian interests, the Marrakai and Annaburroo exploration licence areas, both near Darwin in Western Australia’s Northern Territory. The Marrakai Gold Project, covering an area of 10.1km2, is near the Rustlers Roost project, one of the largest gold mines in the region. The Annaburroo Gold Project is a single licence covering an area of 149.8km2 that has been little explored, and where the company hopes gold deposits may have been overlooked. Initial targeting work is underway using existing remote-sensing and geophysical datasets. In June the company reported that early results highlight potential for further gold mineralisation at Marrakai.

Panther is fully funded for its current appraisal work, having raised £823,000 when it moved from the NEX market to the LSE this January, and a further £250,000 through a placing earlier this month. The company will need a further cash injection to fund further exploration of any opportunities its current programme uncovers.

Panther’s recent run of positive results has seen its share price rise from 2p at the beginning of April to just under 7p. That price may well go higher if the good news continues to flow.

Below, Marin Katusa updates us with his thoughts and analysis on Gold, Silver and more in late June 2020

The author was remunerated for this article but does not hold stock in any of the shares mentioned.