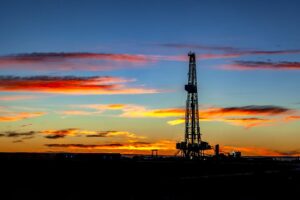 Time to start building a stake in Block?

“…With a share price that has stabilised at levels around 2.5p Block is still one to consider for investors interested in gaining exposure to the growing energy markets of the Caucasus region…”

Block Energy (BLOE), the UK oil and gas production and development company focused on the country of Georgia, has had an eventful journey since launching on AIM just over two years ago.

Block’s founding objective was to grow organically through the patient development of a cluster of assets near Georgia’s capital city Tbilisi, notably the West Rustavi field, which produced 50 Mbbls of light sweet crude during the Soviet era. The company’s premise was the bringing of contemporary drilling technology to Georgia to open up the field’s 38 MMbbls of 2C contingent resources of oil and 608 BCF of 2C contingent resources of gas in the Middle, Upper and Lower Eocene formations.

But Block’s story so far has had more rapid reversals and advances than the company and its supporters could have anticipated.

The company’s path took its first unexpected turn last April when the very first well sidetracked at West Rustavi, WR-16aZ, returned test results much higher than anticipated, recording flow rates of around 1,100 bbl/d against a forecast of 325 bbl/d.

The results allowed Block to conclude a whirlwind placing the following month, during which £12m was raised for the rapid escalation of its West Rustavi programme to include the sidetracking of multiple wells, the appraisal of the field’s gas potential, and a 3D seismic survey. The company’s share price, which had previously been hovering around its IPO level of 4p, surged to touch 20p.

But Block – and the share price – fell back to earth a couple of months later when the well, which had been shut-in while the company secured increased storage capacity, performed much less strongly when re-opened, with flow rates of around 360 boepd. Investigation revealed that equipment failure during operations to cement the wellbore had left it open to water incursion from zones outside the targeted Middle Eocene formation.

Over the following months the company pressed ahead with its West Rustavi drilling programme, achieving modest success with a second sidetrack, WR-38Z, and the establishment of steady production at the water-compromised WR-16aZ. By the beginning of this year the two wells were flowing at a stable combined rate of 325 boepd (155 bopd and 1MMCF/d gas).

There was further disappointment when the sidetracking of a third West Rustavi well, WR-51Z, failed on discovery of poor existing wellbore integrity. But the unexpectedly high gas-to-oil ratio produced by the first two wells offered tantalising indications of West Rustavi’s potential as a gas field, prompting Block to accelerate the company’s gas offtake strategy. An agreement was reached with a local gas supply company for the offtake of West Rustavi gas at US$5.24/MCF, with a view to serving Georgia’s strong energy market: the country relies on gas for 40pc of its total energy use and is highly dependent on gas imports from neighbouring countries, local gas production currently accounting for less than 0.5pc of annual consumption.

The company’s path forked again when Schlumberger, which had operated the Block XIB and exploration Block IX fields adjacent to West Rustavi, chose to leave Georgia, giving Block the opportunity to acquire the licences and thereby increase its acreage by more than 30 times, from 82 km2 to 2,622 km2. Under the terms of an agreement announced in March, due to be finalised later this year, Block will acquire the licences without a cash payment, instead offering Schlumberger 23.3pc of the company’s share capital.

The new acquisitions will immediately boost Block’s production by 245 bopd, and open a wealth of new development opportunities. Block XIB is Georgia’s most productive block, having produced more than 180 million bbls of oil from the Middle Eocene, rates peaking in the 1980s at 67,000 bopd. The assets increase the company’s 2P reserves of oil and gas by 64 million boe, 2C contingent resources by 29 million boe, and prospective resources by 245 million boe.

Block is currently evaluating the range of new possibilities offered by the fields. Only four wells have been drilled since 2009 at Block XIB, and Block IX has 38 legacy wells. The company is particularly interested in Block XIB’s Pat E-1 gas well, which targets the same Eocene gas zones as West Rustavi, and which Schlumberger’s tests estimated to have approximately 600 BCF initial-gas-in-place. The acquisition also opens possibilities for farm-out options for more marginal prospects.

The acquisition was announced just as the full implications of the pandemic were becoming clear. In April Block mothballed operations to preserve cash while working towards the finalisation of the gas offtake and Schlumberger deals. Production was suspended at West Rustavi, new capital expenditure was postponed, and day-to-day general administration costs cut by 40%.

The company’s most recent operations update in June announced that the West Rustavi Early Production Facility (EPF), a key component for the processing and sale of West Rustavi gas, had arrived onsite from Canada. The (EPF) comprises an inlet manifold for six wells, separators, and a gas dehydration and measuring unit, providing – Block CEO Paul Haywood told TMS in an interview – the capacity to produce up to 6-7 million cubic feet a day. Block expects gas sales to commence later this year once the EPF is installed, the two wells are tied into the inlet manifold and the company’s contract partner completes its gas sales pipeline. At the combined pre-lockdown WR-16aZ and WR-38Z flow rate gas sales would secure monthly net revenue of $120,000.

The operations update also announced a beefed up technical team: the company has taken on a new Technical Director and contracted sub-surface reservoir development specialists EPI to advise on the critical decisions Block will have to make over the coming months on where to focus its resources across its expanded acreage. According to the 2019 year end results published in April Block’s cash balance going into 2020 was $6,494,000.

The road ahead for Block continues to be freighted with opportunity and uncertainty. But though the company has had its share of setbacks, it keeps giving itself new opportunities. The WR-16aZ test results last year made possible a placing allowing the company to accelerate its West Rustavi development programme, and the Schlumberger acquisition opens a significant new set of prospective assets.

Block has worked hard to carve out a niche in one of the most stable of the former Soviet Union nations, offering a robust jurisdiction for oil and gas exploration and a ready market. Georgia’s appeal to the oil majors was confirmed earlier this summer when the country’s oil and gas agency announced that Austrian oil giant OMV had won an international tender to explore licences off the Black Sea coast.

With a share price that has stabilised at levels around 2.5p Block is still one to consider for investors interested in gaining exposure to the growing energy markets of the Caucasus region.

The author was paid for this article and also holds shares in the above named company.