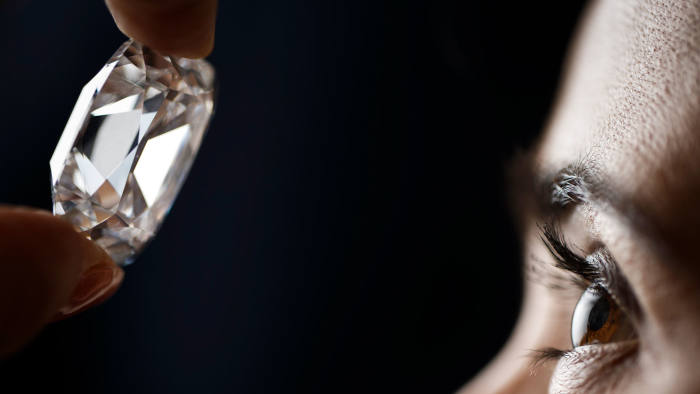 For some time now, diamond producers have dug deep for a new way to punt their wares. ‘Diamonds are forever’ may be one of the most successful slogans in advertising history, and It’s no wonder AdvertisingAge voted the De Beers campaign as the top advertising slogan of the past century. This was also of course the last official appearance by Sir Sean Connery as James Bond in the 1971 hit film with the same name. So what else do we know about a  “girls best friend“?

In 2013 a 14.82-carat orange diamond broke a world record when it sold for 32 million euros. Generally, pink and blue diamonds are the most sought after, but this rare gem took the world by surprise with its clementine coloring and compact size.

But Diamonds are not just for millionaire investors. For those who are willing to do their research, investing in the precious stones can make savings sparkle. While the FTSE 100 index of companies is up just over 10 per cent from where it was a decade ago, over the same period the price of pink diamonds has skyrocketed by almost 400 per cent.

For investors who do not want to buy actual diamonds however, another way to access this investment opportunity is by buying shares in diamond mining companies…which brings us nicely onto Bluerock Diamonds.

BlueRock Diamonds, was established in October 2012 to acquire or invest in under exploited diamond mines in South Africa and sub Saharan Africa. BlueRock was admitted to trading on the AIM market of the London Stock Exchange (BRD: LN) in September 2013. Currently, BlueRock has the mining right to and operates a mine at the Kareevlei Tenements which covers 3,000 ha.

In this interview Doc Holiday catches up with FD David Facey. David is a Fellow of the Institute of Chartered Accountants of England and Wales and has over 20 years’ experience in Corporate Finance and Equity Capital Markets. After working at  PwC, David spent 10 years at HSBC Investment Bank, where he specialised in raising funds in the UK for companies all over the world, particularly in the EMEA region. Throughout his career David has advised governments, large corporates and smaller enterprises on public fund raising, private fund raising and mergers and acquisitions.  In addition, David was a founding partner in SP Angel, an investment banking boutique specialising in advising SMEs on raising funds in the London market, both public and private.

David expands further on this weeks news of the companies fifth diamond recovered with a value of over $100,000 and a sale of 3805 carats through a private sale conducted through a sales agent in South Africa at an average price of US$330 per carat for an aggregate consideration of US$1.3m. David also explains why the market is so strong for high end quality diamonds as opposed to industrial diamonds and covers this mornings RNS in which the company announced the grade of diamonds mined and processed has significantly improved above last years levels…

Click below to listen to Doc chat with David.

New to Diamonds? Maybe this short video will explain in a little more detail what the experts look for…

The Author was not paid for this production but does hold shares in the above mentioned company.